We’re based in Mount Maunganui on the North Island’s central East Coast and import fully refined fuel into our state of the art fuel terminal. This central location enables us to service our entire network without replicating facilities, so you know that our quality control is second to none

The terminal opened on Hewletts Road in 1999. It has a total storage capacity of 90 million litres and is significantly larger than the other Mount Maunganui installations - you definitely can’t miss us! Cleaner and newer than other facilities, product quality and integrity is paramount to us and is applied to everything we do.

The highly efficient nature of the terminal has simplified the blending process for our high performance biofuels; Gull Force 10 and Gull Force Pro, which are blended on site from base gasoline and ethanol. Because most of the ethanol we use is produced locally, we’re supporting New Zealand’s rural economy while reducing our dependency on imported fuel. We are family owned and like to think of our partners as family too. 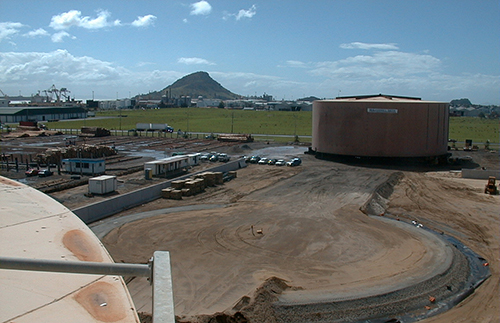